We could have been so much more than just friends with healthcare benefits.

Now and then I think of that election day, November
When you won I felt so happy I could die
Chugged a fifth, paraded in the street
And I thanked God that Palin wasn’t Veep
It felt like change and it’s a hope I still remember

You can get addicted to a certain kind of message
Like this is change we can believe in, yes we can
But college ended, had to pay my rent
At least you’re the first gay president
But the change I got was that I moved in with my mother

Sometimes I think that Peace Prize winners shouldn’t have a kill list
But you dumped Bin Laden in the sea so maybe it’s all good
Said you’d rouse my economy
Your big package didn’t stimulate me
Still my American Idol, though
When you sang, “I’m so in love with you”…Obama that I used to know

But you won and then you cut me off
Made out like you’d close Guantanamo and we got nothing
Relocation shouldn’t be that hard
Just strap the prisoners in on top of Romney’s car
No, I don’t need you to legalize
Just keep the feds away from folks like you when you were younger
There’s nothing that you didn’t toke
But now that’s just Obama that I used to know 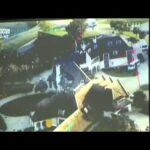 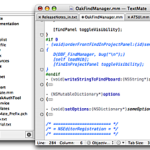