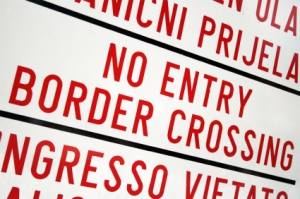 Some of the nations most wanted criminals are not even U.S. citizens, they are illegal aliens who are wanted for multiple crimes against U.S. citizens While leaders in Washington side step the immigration policy, and the Obama administration ealier this week issued an excutive order to snuggle illegal aliens, the fact remains that  Illegal aliens continue to rape, murder and victimize  the United States. REWARD: The FBI is offering a reward of up to $100,000 for information leading directly to the arrest of Alexis Flores

Alexis Flores is wanted for his alleged involvement in the kidnapping and murder of a five-year-old girl in Philadelphia, Pennsylvania. The girl was reported missing in late July of 2000, and later found strangled to death in a nearby apartment in early August of 2000. REWARD: The FBI is offering a reward of up to $100,000 for information leading directly to the arrest of Eduardo Ravelo. REWARD: The FBI is offering a reward of up to $100,000 for information leading directly to the arrest of Fidel Urbina.

Fidel Urbina is wanted for allegedly beating and raping a woman in March of 1998. While out on bond, he also allegedly beat, raped and strangled a second woman to death in October of 1998. Her body was later found in the trunk of a vehicle that had been burned. Both crimes occurred in Chicago, Illinois.

Unlawful Flight to Avoid Prosecution – Sexual Assault of a Minor

Cruz Naranjo Silva is wanted in Sacramento County, California, for the alleged forcible rape of his girlfriend’s young daughter on her birthday. He was arrested and charged with committing a lewd act upon a child under the age of 14 in July of 2006, but is thought to have fled while out on bail. A federal arrest warrant was issued on May 9, 2008, after Silva was charged with unlawful flight to avoid prosecution Hugo Sanchez is wanted for multiple counts of predatory criminal sexual assault. It is alleged that during June 2001 through August 2003, Sanchez sexually assaulted three minor children in Chicago, Illinois. It is believed he fled the state after the crimes were committed, and he may be living in Guerrero, Mexico.

On August 8, 2003, an arrest warrant was issued for Hugo Sanchez, in the Circuit Court of Cook County, Illinois, for predatory criminal sexual assault. Sanchez was arrested and released on bond but failed to appear at subsequent court hearings. On July 21, 2008, a federal arrest warrant was issued by the United States District Court, Northern District of Illinois, Eastern Division, after Sanchez was charged with unlawful flight to avoid prosecution.

Jose Carmen Sain   Raping a Child under the age 10