Microsoft has done it, the company whose previous CEO called open source “cancer” has fully embraced the open-source community and created its own Linux Distro.  While this harkens back to decades-old parody site “MSLINUX.ORG“, Microsoft’s Linux Distribution, called “CBL-Mariner” is a self-described ”  internal Linux distribution for Microsoft’s cloud infrastructure and edge products and services.”

What does this mean?

Well first off, Microsoft’s push into the cloud has been over a decades-long with Azure.  Most Windows System Administrators who use Microsoft’s Hyper-V (Virtual Machine Technology) or Azure VM, will note that Microsoft’s Linux product offerings are limited in terms of both hardware features and run far less efficiently than Virtual machines offered by other cloud hosting services such as Amazon or bare metal solutions such as VMWare.

The other issue could be to address something that has been hinted at for years by most, and in that, Microsoft’s flagship OS “Windows” is fundamentally flawed.    With over 3 decades of development and thousands of “critical” security flaws over the years being reported, the aged yet ever-changing OS has shown that Open-Source does certain things better, including security, patch management, and network performance.

Perhaps this is why CBL-Mariner was produced, not to replace the Windows desktop but to fix internal problems with Microsofts own Azure infrastructure that simply can not easily or efficiently be addressed by their own software.  No matter the reason, everyone in the open-source community should take note that open-source, has forever changed the nature of Microsoft.

You can obtain Microsoft’s Linux, CBL-Mariner from their GIT repository here 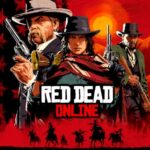