Chinese government reportedly trying to downplay the severity of the cornavirus outbreak in Wuhan and across China where according to this whistleblower, an estimated 90,000 people have been infected, much larger than the public reports of only around 2,000.

Infection rates have been confirmed to have tripled in the past weeks as China locks down Wuhan and 17 other cities. First reports of the coronavirus hitting the U.S. have also emerged including a 30 year old man in Seattle, Washington; a 60 year old woman in Chicago; a 50 year old man in Orange County, California, a patient in Los Angeles County; and a fifth in Arizona. All had recently traveled to Wuhan, the epicenter of the outbreak, per CNN.

Chinese President Xi Jinping deems the outbreak a “grave situation” and Chinese officials warn that the virus has been seen to spread without any noticeable symptoms in the early stages of the infection. 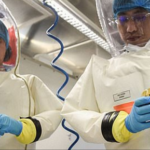 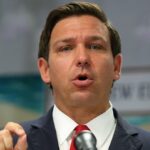