CNN contributor Van Jones laments how "dispiriting" the Bernie Sanders-Elizabeth Warren argument at the CNN-moderated presidential debate in Iowa was to watch.

"Women get punished when they play hardball so I thought what she did was extraordinary," Jones said Tuesday. "What I love about Elizabeth Warren in those moments, she never stopped being the educator in chief. She didn’t just say, hey, listen, I’m a woman, I can do it, rah rah rah. She made the case that women have been winning in the Trump era and have been leading this moment."

"As a progressive, to see those two have that level of vitriol was very dispiriting," Jones said. "I want to say that tonight for me was dispiriting. Democrats have to do better than what we saw tonight. There was nothing I saw tonight that would be able to take Donald Trump out."

"I want to see a Democrat in the White House as soon as possible," he said. "There was nothing tonight that if you’re looking at this thing, are any of these people prepared for what Donald Trump is going to do to us? And to see further division is very dispiriting." 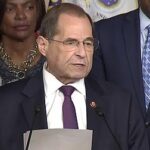 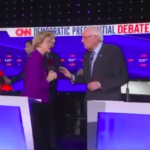