Of course, Anti-gun nut jobs such as Cliff Schecter eagerly wrote a peace over at the Dailybeast titled “How the Gun Nuts Try to Excuse Away the Santa Barbara Slaughter—and Why They’re All Wrong” The problem of course is, Nobody is trying to excuse the vile and evil actions of a deranged man ,except of course  Cliff Schecter and others like him.

Cliff tries to tie the lone acts of a deranged mad man to that of lack of regulation. Clearly, Cliff Schecter has no clue how many regulations are required to purchase, own or poses a gun. None of which have proven to save even one life.  Yet, criminals who clearly have no intention of following any law, such as ” do not kill people” blatantly disregard law.

If only there was some kind of standardized tests, and licensing required to drive a car, two people wouldn’t have been run over. Perhaps if there was some kind of law, like DO NOT RUN OVER PEOPLE, yes maybe two victims would have not been killed as their where killed by a BMW run over by the deranged individual.

Maybe its  brain-washing, perhaps its a feeling of superiority, or perhaps its a part of a paid campaign and has direct or indirect monetary contribution to continue to demonize inanimate objects.  Perhaps its a quick buck to write yet another opt-ed pandering to the Anti-gun readers, and most importantly, selling subscription and ad space all the while pushing force a political agenda and pandering it all off as news.

The typical response to Anti-gun nut job is to either run away from danger, or call the police and pray that someone with a gun will show up in time to save them.   While running in many cases is just not an option, the mental gymnastics needed to conclude that the only person capable of saving their lives or yours is a Police Officer or Armed guard, whos training with firearms while be maybe be extensive usually is just above par that of an avid hunter or someone who practices on a semi-regular basis.

Having armed police and being able to afford to hire private armed security is perfectly justified to the Anti-gun mafia.  To them as long as a gun never makes its way into the hands of a poor person, or as long as that poor person is in the employ of the state of private entity them its perfectly just.

Just as the Headquarters of the DailyBeast has security personnel, and requires getting passed multiple security checks before making your way up to their floor, a sense of moral superiority or perhaps the belief that not all life is equal or sacred, and that only those that can afford private security are worthy of being secure.

For the Anti-gun mafia continues to point out how random acts of violence in places that where deemed “Helpless Victim Areas” er.. “Gun Free Zones”, all concoctions of the Anti-gun Mafia not only have failed to prevent one shooting, but have lead to some of the most violent and horrific acts of domestic loss of life on U.S. Soil next to terrorist attacks.

Just as the latest socially un-adjusted whack job which was fueled on prescription Anti-Depressants, a godless and morally ethic-less existence failed yet another deranged souls monster among us, the Anti-gun mafia is quick to point out, ” well it had to be the gun that did all that carnage”  Yet little else is played or talked about with the two that where stabbed, the two that where run over, and the endless amount of warning signs that where ignored before this monster went on a rampage.

As the debate continues and Anti-gun nut jobs such as Cliff Schecter continue to pulish their brain washed mantra and unenlightened dribble which has been the same argument lamented over  since the late 1870s.

If true “Gun Free Zones” worked where their was lots of police to keep you safe, then why is it their are so many deaths attributed each year in American Prisons? Not to mention assaults, rapes, drug use and other crimes?

While We will never have a true answer, it becomes abundantly clear, Cliff’s hypocrisy is of the highest caliber pandering to the unwashed masses. 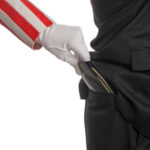 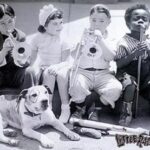