War is profitable and With War on Syria looming on the horizon, big profits are to be had. Perhaps what little known reason why Congressional Members and Senate Members go from rags to riches has nothing to do with anything smarts, it has everything to do with insider tradering and key members on committees voting on the very contracts that they own stock in In 2006, the investment portfolios of 151 current members nearly half of Congress—had between $78.7 million and $195.5 million invested in companies that received major defense contracts (over $5 million). The portfolios include holdings in companies paid billions of dollars each month to support America’s military. These companies provided almost everything the military uses, from aircraft and weapons to medical supplies and soft drinks.

Since these figures are a bit dated, it only stands to reason there are more senators who hae stock in Denfense contracts and their portfolios may have grown since then

Then Senator Kerry, who had the largest stake in Denfese contractor cash, and now Secretary of State Kerry, it only stands to reason Kerry might still have some rather large investments directly tied to the War on Syria, and He is not alone. Nazi Palosi, John McCain, John Boehner, Gary Peters, all could have a major finical investment and stand to grain massive profits should the U.S. go to war with Syria 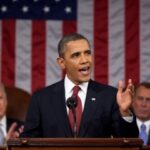 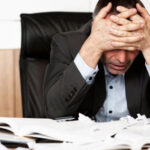