There is another war going on behind the scenes, the War inside the Democratic Party.  It would seem that Hillary Clinton who is aiming to run again for the 2016 Presidential Nomination has another contender, Joe Biden

While rumors abound after Hilary’s defeat in 08 against Obama, one of the reasons she stuck out the past for years , according to Washington insiders, Joe Biden has made it clear he fully intends on running for President. This has caused quite a stir behind the closed doors and upper echelons of the Democratic Party, as members try to jockey for key positions of power and are quickly being drawn into sides.   While some are doing their best to wait it out, pressure inside the belt way mostly from the Biden camp has many inner circles with buzz that there could be a possible Joe Biden vs Hillary Clinton run, something the Democratic National Committee leaders fear as they already are projecting a very narrow margin of victory in 2016 for either candidate. One source who said

“Joe Binden would be a disaster for the Democratic run in 2016.  He has not won a single debate in his political career”

Another source said that “With Clinton’s involvement in Benghazi, her commits from her testimony will only haunt her. As much as I would love to see Hilary in charge, the chances are not very good”

Given the strong backlash over the 4 men dead in which Clinton stated ” What Difference does it make”, one can only speculate as to why Main stream Media continues to avoid this very controversial topic floating around the capitol

With the election cycle heading up, It will make a difference and already is starting to 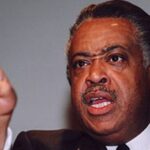