As the fate of the Syria hangs in the balance with a wood be dictator as President, an ineffectual Congress lead by a spineless coward, Arizona voters have one more reason to further push the efforts to recall John McCaine,  McCaine was spoted playing video games on his iPhone during a security briefing about Syria

As the hearing continues, our ace photographer Melina Mara reports she spotted Sen. John McCain (R-Ariz.) “passing the time by playing poker on his iPhone during the hearing.” The website, senatorflake.com, Which started out against Jeff Flake but due to popular demand decided to go after McCain as well. the Site appears to be fed up ordinary people  who have simply had enough and are looking to take action.

Every public officer in the state of Arizona, holding an elective office, either by election or appointment, is subject to recall from such office by the qualified electors of the electoral district from which candidates are elected to such office. Such electoral district may include the whole state. Such number of said electors as shall equal twenty-five per centum of the number of votes cast at the last preceding general election for all of the candidates for the office held by such officer, may by petition, which shall be known as a recall petition, demand his recall. 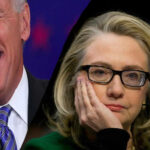 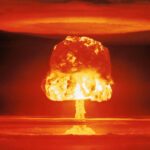