No reason, other than owning a gun. Sponsored by  Liberal Democrats who magically have no idea who the bill was even drafted, Would not only instantly make every gun owner a criminal but would completely violate everyone’s 4th Amendment rights.

in order to continue to possess an assault weapon that was legally possessed on the effective date of this section, the person possessing shall … safely and securely store the assault weapon. The sheriff of the county may, no more than once per year, conduct an inspection to ensure compliance with this subsection.

The bill, S.B. 5737, proposes “banning the sale of assault weapons.” According to the legislation, an “assault weapon” is any semiautomatic pistol, pump-action rifle or shotgun that can accept a detachable magazine, with the capacity to accept more than 10 rounds. Any magazine that accepts over 10 rounds itself will also be banned.

So basically 90 percent of all weapons would be banned. 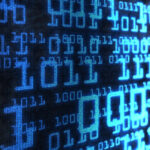