Rep. Jeff Duncan (R-S.C.) vowed Wednesday to fight any effort by the Obama administration or members of Congress to enact gun control initiatives. “We live in a republic, not a dictatorship,” Duncan said.

He added: “The president should not be able to act unilaterally when it comes to our constitutional rights. Executive orders were meant as a way for the president to implement legislatively passed laws, not to make law.”

Duncan was responding to comments made by Vice President Joe Biden, who is heading a task force to look into gun related tragedies following the mass shooting at Sandy Hook Elementary School in Newtown, Conn.

“There are executive orders, executive action that can be taken. We haven’t decided what that is yet,” Biden told reporters on Wednesday. “But we’re compiling it all with the help of the Attorney General and all the rest of the cabinet members – as well as legislative action we believe is required.”

Duncan promised to fight against any effort at what he views as an undermining of Second Amendment rights.

“I will use every means at my disposal to combat the agenda of the Executive branch to undermine our Second Amendment rights,” Duncan said. “I will also fight any legislative action that is taken to implement more gun control. 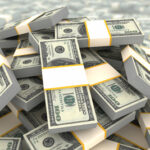