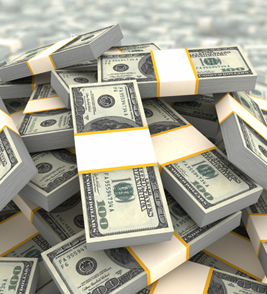 Perhaps the pulse of the people is with what they buy, as Gun shows, Sporting good stores and everyplace else you can buy a firearm or ammo is sold out, back ordered or has very little stock left.

Everywhere across the country, AR-15’s are back-ordered for 3 years, Magazines for 2 years, and ammo for .223 round is piratically non-existent. It does not stop there, rifles, handguns, and ammo in droves have been bought up, virtually eliminating supplies for hobbyists as well as law enforcement. People have been buying up everything he added.

Gun shows across the country have been sold out within minutes of opening, easily hitting max capacity hours before the shows open people eagerly waiting in line trying to stock up.

When We asked one couple who where attending a local gun show why they where there ” We are here to buy as many guns as we can get” When asked why, the man replied “I’m a retired vet, and I’ll be damned if I let some gun grabbing Hitler in a dress tell me I can not own a weapon”

And if the police come for you guns?

“Then we are going to have our selves a problem, he stated.  his Sentiments where shared by the crowed in which we interviewed. Most never everyone attending the show was there because they where afraid of draconian gun confiscation laws could be imposed by the Obama administration.  One man stated, he recently pulled his 401K  and is buying up every gun and mass quantities of ammo. When we asked how much, he said he had already purchased nearly 70K worth of equipment and had a lot more to go.

Several of the shoppers at the gun show I asked, have you tried to call your Representatives to tell your opinions on gun control. Most where quick to point out that either they placate you or just laugh you off the phone.

So on Monday we called our State Representatives, first the Democratic candidates, Most where quick to take our name and number and hang up the phone.  One was rude.

When we called the Republican Candidates Offices most where quick to take down the information, though one was quick to argue that we couldn’t possibly represent an online news paper.

The next day we called our U.S. Senators. One is a Democrat, the other Republican, both offices where hastily trying to brush us off the phone. When we asked for a press interview about the matter, the Democratic office slammed the phone down. The Republican office has yet to contact us back

Though we will not post the location of where we conducted these interviews or what states we tried this in, the reactions where the same between the coordinated efforts in 7 states. Its no wonder that the American people unrepresented, as everyone we talked to, from gas stations, to subways, to local diners claim they did not vote for the president.