Rome at its highest point spanned all of Europe , most of Northern Africa and well into Asia  It was a highly advanced society of laws, and a strict code of  laws that ruled the long city-state republic, but it to after time become bloated, decadent and corrupt. Its politicians spent the empires vast wealth on handouts of bread and entertaining the populace as a means to stay in public favor to avoid public scandals and side step roman law. In its final years the Emperor drastically raised taxes, closed military outposts in what is now Scotland, as other far flung outposts such as Jerusalem  The Emperors had squandered the empires wealth on lavish public entertainment events, parties and exotic animals.  The cost of paying for public bread handouts became such a burden the

America was risen out of birth of revolution, rebuilt and reinvented by World War 2 to emerge the greatest free nation on earth. Like all things, it too is slowly being eroded by pubic welfare and corruption. In 64 A.D. in order to persecute a political religious faction and cut public bread costs, the Roman Emperor Nero burned the city down and blamed it on the Christians. What followed was years of some the bloodiest persecutions in the Romans history

Roman was besieged by barbarians  and as time continued on the Empire shrank, their once mighty walls that spanned miles where left unguarded,  finally in fall of Rome came in 423 A.D. The  Roman armies weak leadership, lack of morals and poor combat readiness left the continent of 5000 men, most of whom broke ranks within minutes of the battle beginning.

In modern times America was founded on 10 governing principles called The Constitution. there was a time in recent memory people where proud of their nation and all its sacrifice by brave men and women who died defending the noble ideals of freedom, small government  life, liberty and the pursuit of happiness. That time much like the end of all Republics is at an end.

On one corner you have a third of the population, proud, morally defined people. Most of whom have served defending the Constitution in one form or another, and love their country dearly. On the other-hand you have criminal politicians who knowingly give money to terrorist groups, help arm people who would kill our soldiers and promote illegal immigration. The have sold their country out for political & financial gain, others so inept and so utterly lacking in common rational thought cheer them on.

The government knows its wrong, evil and corrupt, in a system designed for checks and balances congress lets the executive & senate branches ignore constitutional laws. Lawsuits filed in court are ignored by the judges as they are over paid lackeys and part of the corrupt system. Illegal aliens wantonly violate our laws, continue to take jobs and lives of the citizens and the government rewards them with entitlement programs.  The system is rife with political corruption, voter fraud, needless pork barrel spending, insider trading  and  a communistic agenda to enslave everyone in the United States and place them at the control of the United Nations.

America lost something when Soviet Russia collapsed, perhaps a sense of purpose, perhaps a moral compass that its time to stop being the world police and time to look inward at what We’ve become.

The War on Terror – Its hard to end a war that starts with Al Qaeda being a cia backed operation. Google it

The Endless War on Drugs – The Iran Contra Scandal exposed that the CIA was and still is smuggling drugs into the United States.  U.S. Troops right now are guarding poppy fields in Afghanistan (google it)

The War on your Rights.  Since 9/11 a litany of laws and agencies have been drafted to “protect you” but for what. The TSA violates your rights to privacy, yet TSA is there to molest you, your wife and children every time you go to the airport. Walk you through a radiation bath, and yet have failed to catch the underwear bomber?   The Department of Homeland Security, has wiretapped your emails, Facebook and other social media.  And now with Obama care in a year or two they will know which medications everyone is on to further violate your privacy and your rights . Now they want to grab your guns, so they can completely control you, take you over and make you their slave.

By deliberately weakening the economy, first with NAFTA, then off shoring, and now using the EPA to regulate power plants into foreclosure all the while spending without remorse  its a triple steak into the heart of freedom. The government is pushing people to go on food stamps, become subsistence on government aid all the while using inflation as a tool to break the armaments of the middle class.

The goal is economic collapse to finally push their sick goal of enslaving the American populace. 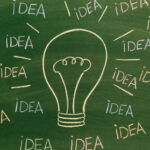