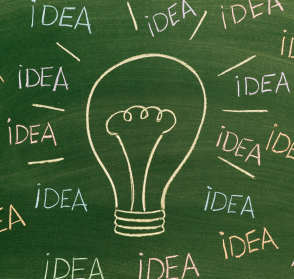 Being of sound mind and rational thought, We would hope you would understand Americans willful defiance on  proposed ideas of gun-control here in the United States of America.  We know from time to time psychopaths take tools and use those tools to grievous and hideous ends and those ends are often graphic and into today’s media driven culture its over played. We know you want your family and loved ones safe, your friends, and their children but lets take a calm rational look at it. Your reasons are many, but your thoughts are, less guns is less gun deaths, maybe a tragic event like the one in Connecticut will not take place

It was not a gun who drove to a school, A person did. Guns are tools, should someone take a tanker truck filled with liquefied chlorine and then decide to detonate it outside a super market, It would not be the tanker trucks fault, but the acts of a deranged individual. Politicians and radical left wing pro-communists where quick to descend like ghouls and politicize a terrible event, to push the notion of Gun grabbing.  It was the actions of one person, We do not punish a car company for someone drunk driving in a SUV, nor more than we should punish millions of lawfully abiding citizens  for the actions of one person

Well, here are the facts. Connecticut has the second most stringent gun laws in the country. Despite what the media is telling you, The shooter stole those firearms, and possibly had help in doing so.  Again, A gun is no more a tool than a truck, or a knife or a pencil sharpener  The death statics for the U.S. place Gun deaths well below hammer deaths. Of the 374 gun related deaths last year, 73 percent where gang related. Of those, 83 percent where done in America’s toughest gun-free city, Chicago. You see, criminals will never obey the law, they will always find ways to break the law.  Chicago rounded out last year with 512 shootings, and just this Monday had 7 in one day.

Again, if guns where all banned perhaps nobody would get shot, well lets look at Mexico. last year Mexico was 13,921 gun related homicides   Thousands of civilians have been slaughtered, some of which at the hands of Guns smuggled by the U.S. Governments ATF and sold by undercover agents, ended up in the hands of Mexican drug cartels, resulting in the deaths of Border Patrol Agents, among thousands others

“This year will go down in history. For the first time, a civilized nation has full gun registration. Our streets will be safer, our police more efficient, and the world will follow our lead into the future!” – Adolph Hitler,”

When World War 2 Germany was defeated an estimated 6.7 million where dead

“All political power comes from the barrel of a gun.  The communist party must command all the guns, that way, no guns can ever be used to command the party.”– Mao Tze Tung, Nov 6 1938

During the short four years of its rule in Cambodia, Pol Pot’s Khmer Rouge government murdered over 31 percent of the entire Cambodian population.

History repeats itself time and time again. Our Government  The United States Government has violated your civil rights, Warrantless Wiretapping, Unlawful invasion of privacy, detention without right to trial.  Last year The Department of Homeland Security purchased an unprecedented 1.6 billion rounds of Ammo, thats more ammo than it bought for all of the Vietnam war, all of it Hollow Point Ammo, which is designed to be used domestically, as international law forbids it to be used in war. Hollow Point ammo is designed to case maximum damage to flesh, making it the most lethal form of ammo you can purchase.

The government has fully automatic weapons, artillery, planes, tanks, helicopters, bombs, drones, rocket launchers, grenade launders and thousands of other weapons all of which are thousand times more deadly what the media is portraying as an “assault weapon”

The 2nd Amendment was never meant to have 600+ laws constraining it. The media would have you believe that the founding fathers of this country wanted us to go hunting. A brief look at what sparked the American Revolution was nearly 20 years of oppressive government  and finally when the British decided to confiscate weapons at Concorde, it was the last straw that sparked a 9 year war.

“A well regulated militia being necessary to the security of a free state, the right of the people to keep and bear arms shall not be infringed”

Notice it doesn’t say firearms, or muskets, or hunting?

The Discoloration of Independence starts out with

“It is the duty of the patriot to protect his country from its government.” – Thomas Paine (1737-1809), American Revolutionary, US Founding Father and Author
“When governments fear the people, there is liberty. When the people fear the government, there is tyranny. The strongest reason for the people to retain the right to keep and bear arms is, as a last resort, to protect themselves against tyranny in government.” – Thomas Jefferson (1743-1826), US Founding Father, drafted the Declaration of Independence, 3rd US President

The Founding Fathers of this Country meant for YOU to have the right to Own a weapon, and to never surrender it for fear one day the governmental would again become oppressive to “We the People”

Given that America is continuing to allow millions of criminals across its borders unchecked, releasing millions more out of jail this year, with police budgets shrinking and local law enforcement being cut back,  the response time for an average 9-1-1 call is 22 minutes but the usual reaction time for an “event” is 15 seconds.  You can dial 9-1-1 and hide, that is your right, but think on this

The Colorado Shooter drove not to the closet theatre  but to the only one that did not allow guns on premises.  Bad people will always be part of culture, so why would you disarm a 90 pound woman so she can be raped, or allow a 78 year old man to be stabbed to death in his home?  What if it was you, would you want to dial 9-1-1 and pray a cop with a gun shows up in time, or would you at least like to have the right to defend yourself? Why try stripping that right from others?

That is the fundamental reasoning why so many Americans will not give up their guns, They will fight to the bitter end, be it from a rapist to a madman in a school. Just think of how things could have been differently if someone would have pulled out a gun ? Maybe the gunman would have stayed home, who knows? but the fact remains countries that ban guns have 9x the violent crime, including the U.K. So you may not die at the hands of a gun, you most certainly will be likely a victim of violent crime, so will your friends, your family and loved ones.