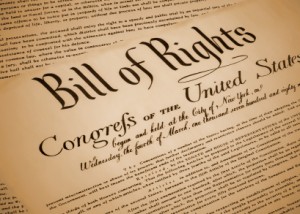 Leftists commie gun-grabbers, let me explain how your Unconstitutional Nazi gun-grabbing fantasy will play out, in two words “Civil War”.  Lets pretend  for a moment that a sweeping gun control bill similar to the one currently suggested is passed by the Traitor Diane Feinstein is signed into law by a communistic President.

The moment the pen hits the paper, lawsuits will be immediately filed from both gun manufacturers  pro-civil rights groups, as well as various individuals that will clog and stink up the court system for years to come. Some states will pass emergency nullification legislation countering the gun confiscation laws from state resources being used to full open making it illegal for Federal Agents to attempt gun confiscation. Some local Sheriffs will mass Deputize citizens and create small volunteer community armies, all in opposition of the Federal Gun ban. Anywhere from 80-140 million guns owned by law-abiding citizens will become contraband. Record gun thefts will be reported as citizens will leave them on their front porch, others will not comply, and by that they will use any and all means necessary to protect their constitutional rights. It will not be by the thousands, but tens of millions of Americans will refuse to comply with a law that is clearly in direct violation of the Second Amendment.  Among the people who will not turn over their firearms will be military veterans, active duty servicemen, local law enforcement, security personnel, hunters, and anyone who knows what happened to the Jews in ww2.

Law enforcement will quit in droves, facing the choice of doing what they know is morally wrong, and ending up dead. Many Departments simply will issue orders of non-compliance, those that will be left will have the dreaded task of going door to door, facing both sniper fire and fire-fights, personal threats and bloody resistance. the numbers of Federal Officers and Police Personnel will quickly dwindle in number.

The Military and National Guard more than likely will have more than one or more large band of forces defying orders, breaking ranks and either actively and willfully defying orders to fully outright military breaking ranks to join insurrection.  Many of rebellious will be military veterans, extremely skilled at the arts of war, proficient in sabotage, guerilla warfare, assassination and ambush. Some will become lone-wolves, others will form resistance cells.

They will be leaderless, homeless, and fueled with a love of the Bill of Rights.  They will be hard to track, use unconventional tactics, Politicians, Military, Police & Celebrities who backed the gun-ban will become targets.

The Government will crack down on travel, fuel, food,medicine and communications.  Main stream media already will fully become the propaganda arm of the Police State.  A black market will spring up and turn-coat citizen spies will be everywhere.

The Government instability will cause the stock market to plummet  America’s credit rating will further slip. The dollar will further devaluate , investors in the Government’s securities will begin pull their funds causing rapid inflation, further increasing unemployment. The systemic use of martial law, lack of jobs will feed upon itself, the market will collapse, banks will close as foreign banks withdraw funding.  The United States dollar will become worthless. The government will begin issuing ration stamps for everything from gas to cloths and anything in between.

The Government will orchestrate a number of carefully-planned highly publicized raids but one will end very badly, and they will try to spin it on the rebels. Whether its a city block turned to a crater, mass innocents being slaughtered like cattle, it will not matter. The people will begin to turn and further support the rebels.

Citizens who are loyal to the government, police and federal agents will be the first to die. Soon politicians  celebrities  journalists and anyone else with any ties to the government will find themselves targets, their families will be targets. Many will die in what can only be described as revenge killing sprees, most will go unsolved.

The Government more than likely will call on foreign aid, namely U.N. peacekeepers to crush the rebellious factions as well as turn its massive military drone fleet on America. This will only further solidify and bolster ranks as more and more Americans defect or become sympathetic to the rebellious faction.

In an outright desperation, the government will start rounding up large sums of folks  in either conscription style armies or  round them up for firing squads and / or detention camps

Foreign Governments, both pro “US Government” and Pro Rebel will offer aid in the way of agents, equipment and logistical support.  As the war escalates  Illegal Aliens will “self deport” while more Americans will become refugees or illegal aliens themselves, many will just disappear. Law & Order in many parts of the country will break down all together. Food  will become scarce, electricity and communications will become tools by the government to further control the people. People will turn in mass to the government for food only to find themselves in “security zones” as prisoners.

The Secret Service will be able to protect the President in the White House, he will not dare leave his gilded cage except in carefully controlled circumstances. Even then he will be forced to move around like a criminal. His friends, his family, and staff will all be targets. Never again will the President or cabinet staff be safe.

Congress and the Senate in both parties who allow the law to pass will be largely on their own. The Secret Service is too small to protect all of them, and their families  The Capitol Police too few in number and unskilled. Private Security will not be overly interested in working against their own best interests at any price, leaving only mostly incompetent  or sub-part at best for “protection” Some of their families will left in their home states, subject to attack and possibly used as demoralizing propaganda pawns and hostages in what will play out.

Military Commands, Federal Agencies will be whittled down as their ranks are slowly erode  You can expect some will defect, others will leave, and more will join the rebellion.  What will be left of the Old United States of America will be a handful of loyalists,the president and foreign support troops.

Eventually the government will collapse in a downward spiral. The President will be killed, captured or flee the country. There be no place safe for the president, as both foreign governments and the people of the rebellious faction will hunt him.  The president more than likely will be killed by his own security detail.

As with all wars, it will not be pretty or clean. Starvation, disease, and conflict will leave tens of millions dead, perhaps a several hundred million. The lawlessness that happens in all wars will bear its ugly head as rape gangs, gangs, ethnic cleaning, and carnage on a scale of which has not happened since world war 2. The elderly, the sick, and children will more than likely be the worst victims.

If Americans stay true, they will reform the government with the Constitution as the law for the government. More than likely however is America, or what ever it will be called with be divided and fractional, never again will the United States be the same, in ways we can only imagine.