Jerrold Nadler (D-N.Y.) said only the federal government should have “high-capacity” gun magazines and that the “state ought to have a monopoly on legitimate violence.”

At a Capitol Hill press conference on Wednesday, Nadler gathered with other House Democrats to push for stricter gun control in the wake of last week’s massacre at Sandy Hook Elementary School in Newtown, CT., which left 26 dead.

The lawmaker stated that he not only supports prohibiting the future sale of 10-round gun magazines, but he would like to confiscate high-capacity clips already legally possessed by American citizens. This despite the fact this goes against the U.S. Constitution.

“Now, last Friday we lost 20 children and six adults murdered in a Connecticut school,” he said. “Last Friday a madman attacked a school in China, an elementary school in China. Twenty-two kids were injured, but none killed because he had a knife, not an assault rifle. That’s the difference.”

Then was asked, “But if a bill was brought up and passed to ban high-capacity clips would the military still be allowed to use them?”

“Of course, the military would be allowed to use them,” Nadler said.

“So only the government would be allowed to have high-capacity clips?”

“If the premise of your question is that people are going to resist a tyrannical government by shooting machine guns at American troops, that’s insane,” he said.

Germany in 1938 abolished private gun ownership, shortly there after the holocaust happened.

“By the skillful and sustained use of propaganda, one can make a people see even heaven as hell or an extremely wretched life as paradise” — Adolf Hitler

This is what america faces, a cancer from within, with the goal to turn once great free country into the epicenter of slavery 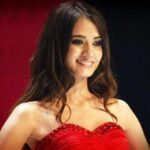