CNN Host Piers Morgan has more to be thinking about these days than just his horrible ratings. A petition sprang up last week in favor of deporting the U.K. Citizen for his attacks on the 2nd as well as his pointed tweets, including  his  apparent happiness over the Sandyhook shootings that left 26 dead. At the time of this article, his petition has eclipsed the 25,000 needed to require a Whitehouse response.

Piers Morgan should be thankful that the potions are only calling for the deportation of the U.K. citizen. The fact that he is a foreign national and holds a job that broadcasts to tens-of-thousands of viewers on a popular media channel and has made numerous remarks that are contrary to American Ideology  he in fact is not guaranteed protections under the 1st Amendment that a U.S. citizen would enjoy. While We should not give up hope for the Executive branch to do the will of the people, more than likely the Obama Administration will completely ignore the petition you can contact the US. District Attorney in New York, NY and tell them as a Citizen of the United States you want Piers Morgan tried under the

Main Office for the US Eastern Attorneys Office NY 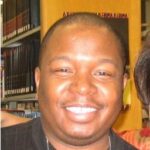