Alabama politicians ran on the issue of stopping illegal immigration in the state, and they kept their promise Despite mass protest by Liberal faux-religious organizations demanding “social justice” from out of state groups, and the decries of racism, Alabama citizens rallied and held their politicians accountable to their campaign promises.  Politicians, especially Alabama Senators, listened to the people, and stood firm on their promise to keep the law in place that upholds the rule of law.

The Department of Justice sued, but the bill was upheld in court.

Immediately after the bill (HB 56) was passed, the unemployment rate began to drop. Since the bill passed last legislative session, in some counties, unemployment has dropped dramatically. For example, unemployment has gone from 10%-6.9% in the former illegal immigrant hotbed of Marshall County, Alabama.

But social liberals don’t tire easily. Fueled by the throngs of union-funded Occupiers, those opposed to the rule of law threatened that the crops would rot in the fields, because no legal workers would work under the conditions and for the pay that the illegal immigrants would.

In fact, Alabamians were starving for jobs and the supply was choked by a massive influx of illegals aliens who swallowed up the jobs as they came available. Legal Alabamians stood in line for blocks at job fairs hoping for their turn to work the job previously held by illegals.

“Despite how desperately illegal immigrant sympathizers have tried to portray this law as somehow harmful to our state’s economy, the truth is more Alabamians are working today thanks in part to our decision to crack down on illegal immigration.” 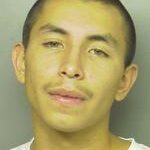 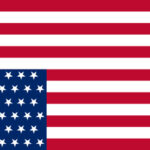