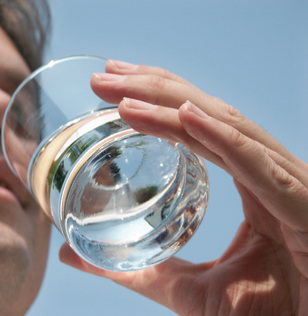 A study published in the British Journal of Psychiatry, analysed a sample of 6,460 lithium measurements and then compared suicide rates across 99 districts. “‘The theory is that lithium in trace amounts enhances the connectivity among neurons and having exposure over a lifetime makes the brain more happy,” he explained.

He said the U.S already supplemented the drinking water with fluoride to prevent tooth decay and it would be relatively easy to add lithium, which is a naturally occurring element.

What the study fails to state is the increased levels of lithium still can have side effects. Side effects including a vast range of complications
Lithium can cause nausea, diarrhea, dizziness, muscle weakness, fatigue, and a dazed feeling. These unwanted side effects often improve with continued use. Fine tremor, frequent urination, and thirst can occur and may persist with continued use. Weight gain and swelling from excess fluid can also occur. Lithium can also cause or make skin disorders such as acne, psoriasis, and rashes worse. The amount of lithium in the body must be carefully controlled and is checked by blood tests.

Pregnancy and breast-feeding: Lithium can poison a developing baby (fetus) and can increase the risk of birth defects, including heart problems. However, when the benefits of giving lithium to the mother outweigh the risks to the fetus, lithium may be given by a healthcare provider, as long as there is careful monitoring.

Lithium treatment is UNSAFE in women who are breast-feeding. Lithium can enter breast milk and cause unwanted side effects in a nursing infant.

Heart disease: Lithium may cause irregular heart rhythms. This may be a problem, especially for people who have heart disease.

Kidney disease: Lithium is removed from the body by the kidneys. In people with kidney disease, the amount of lithium that is given might need to be reduced.

Surgery: Lithium might change levels of serotonin, a chemical that affects the central nervous system. There is some concern that lithium might interfere with surgical procedures that often involve anesthesia and other drugs that affect the central nervous system. Lithium use should be stopped, with the approval of a healthcare provider, at least two weeks before a scheduled surgery.