On December 1st, A Chicago Police officer fired two rounds int a 7th month year old puppy, a 30 pound miniature bull terrier that not only was accompanied by the owner, but was “at least a car length away” and “sniffing a tree”

Neighbors and police arrived on the scene moments later, most in shock and disbelief Meanwhile the dog, named  Colonel Phillips had run down the street. A neighbor had grabbed the dog, who was bleeding profusely. Police on the scene were saying nothing, some looking down to the ground, but none offered assistance.  Colonel was rushed to Chicago Veterinary Emergency and Specialty Center.

The officer who shot the dog, calmly finished writing the ticket, according to multiple eye-witnesses.

Al and Morgan Phillips said. After surgery, the pup is recovering well and that their puppy could have died if the bullets where direct hits.

As for the officer who shot at Colonel, Al, his wife, Barbara, and Morgan said (and witnesses confirmed in various media reports) that he calmly finished writing the ticket, as if nothing out of the ordinary had occurred.

Phillips, owner of multiple World Gym locations in the Chicago area, stated, “Clearly, the parking ticket was a higher priority for this officer. What kind of person does this?”

The story made news and two days after it was reported, two police officers a sergeant and a lieutenant from the Chicago Police Department showed up at the Phillips’ home and interrogated Al and Barbara Phillips, demanding to know why they went to the media about the incident and that “the police officer” was a good man.

The Phillips’ have sued the city and police officer for “in excess of $50,000 in Federal court” 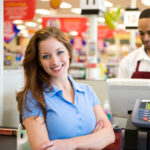