In the latest installment of bleeding heart liberials trying to rebrand the english language to favor their socialist idealogy, Steve Chapman over at Reason.com wrote yet another article that just uses with the complete lack of intelligence the liberials seem to collectively have , in a piece “Illegals not so Illegal” he tries to use fuzzy logic to explain why its okay for criminals, ie illegal aliens, undocumented workers, what ever you want to call them inside the United States. Okay, so lets spell it out for the liberals, as they apparently believe that anyone who thinks that Illegal Immigrants should be arrested, property seized, and deported. Lets make it clear what exactly does one mean when they say Illegal, well we mean the following:

So, the first part of the word, Illegal, is just that, someone who is breaking the law.  As a society, as a civilization, we need laws, rules, and regulations, if we did not have these things then anarchy would rule the streets, people would just what ever the hell they liked to each other, including raping, murdering, looting, We all have seen the infamous videos of riots in the 90s.  It goes without saying, We need and want laws enforced, and not selectively enforced, but enforced with the same due diligence that justice should have in its blind pursuit of the stench of criminals

So what laws you ask, here are just a few:

These are just the major federal laws, where state laws or once an illegal immigrant applies for a job, they usually commit identity theft, another felony, not to mention break a litany of state laws in doing so.

Liberals just do not get that, even with the worst economic forcast in U.S. history, with a liberial becon of hope they all helped vote in who has brought about

The idea, the very notion that a criminal should have access to even more of our finite resources is absurd.  Money, is the governor of resource, the resources of food, water,  emergency services, electricity, paved roads, working sewer system,education, police, fireman, all are resources. These for every person who is part of the system, uses these resources, and why should we continue to freely reward people who actively go out of there way to evade the system? America has an immigration policy, which sets forth a set of rules and regulations needed to gain lawful entry into this country.  Giving special dispensation to those that would  break our laws, is a direct assault on our society as a whole, it denounces everything that We as a nation have accomplished and its a kick to the face of every American who goes without so someone who should not be in America goes with. Its a spit in the face of every American 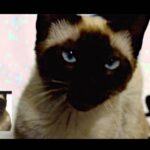 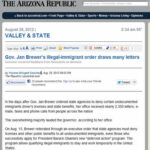