Microsoft’s Windows 8 team hard at work to keep the RTM version free of consumers doing horrible evil things with their desktops. Most nobility, the ability to make their Windows 8 versions bypass the annoying titled screen and go directly to the desktop as well as add back the Start Button Windows 8 uses a “hot corner” at the lower left. When that hotspot is touched or clicked, the interface switches from the desktop GUI to the tiled environment and vice versa.  At boot, Windows 8 presents a log on screen where the user must enter a Windows ID; at that point, the Start screen appears.

Microsoft’s new GUI along with apparent lack of Start Button, a 17 year tradition will have businesses and others slow to adopt the new O/S which is slated to come out on October 26th 2012.  The upgrade price is 39.99 from previous versions of Windows XP, Vista and 7 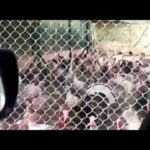