The Obama Administration along with the Democratic party do not want U.S. Military forces to vote.  On July 17th the Obama Campaign, the Democratic National Committee, and the Ohio Democratic Party filed a lawsuit in Ohio state court to  down part of that state’s law regulating voting by members of the military. Their suit argues that part of the law is “arbitrary” with “no discernible rational basis.”

[f]or each of the last three years, the Department of Defense’s Federal Voting Assistance Program has reported to the President and the Congress that the number one reason for military voter disenfranchisement is inadequate time to successfully vote.

While the DNC is quick to file suit and cry a foul when any state wants to use things such as birth certificates or valid government issued photo id to prove eligibility to vote, its ironic in an election year in a state where so many Active Duty Military are from they want to suppress their voter rights.

This is not surprising considering how bad the Obama campaign is doing. With Ohio as a key swing state in the 2008 election, given that Ron Paul leads the state among U.S. Military by a 87 percent majority, though 92.4 percent of those polled said they would vote for anyone other than the current President, its no wonder the Obama Campaign and the Democratic National , er Committee wish to restrict voting rights of the U.S. Military. 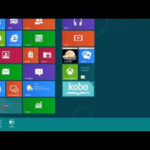