Just when you thought Teabonics was awesome, and the Democrats lauded that Tea party members where idoits then comes the better idoit.

This image has been going viral on social media sites such as Twitter, Facebook, Pinterest, but so few have chosen to call it out for what it really is. Some idoit who has believed hook line and sinker propganda.

Here is our Response.

Any Elected official sworn to uphold the Constitution that violates your rights should be removed from office, and both Democrats and Republicans are guilty of violating your rights, my rights, their rights under the Bill of Rights.

The NDAA – Which Obama swore he would veto, yet signed into law, above every other campaign promise hes broken, above every bit of constitutional law hes violated, allows for arrest of ANY U.S. Citizen to be held indefinitely on pure suspicion they may do something bad in the future, without trial, without any form of due process, everyone in the US can be arrested, thrown in jail and shipped to any other country for interrogation.  For this alone your a fucking moron, but lets go through your propaganda piece by piece.

1) No, President Clinton in 1993 attempted to push the Clinton Healthcare Act. It was voted down.  The Affortable Healthcare ACT is so awesome Congress, The Senate, The Executive Branch, McDonalds, Walmart, and a bunch of political contributors to the Obama campaign have been given waivers. Meanwhile, 1 in 10 business are going to drop healthcare for their employees and healthcare costs have skyrocketed along with Healthcare stock prices.

2) No, he followed the treaty signed by the Bush administration, he did not remove troops early, the withdrawl was set for 2008 for the bulk of the forces and complete withdraw by December 31st 2011.

3)  We all agree everyone should have access to preventive healthcare, but do we have to get it by going to prison or by allowing the largest goverment take over of our economy? NO! You are going to find this is going to bankrupt the country, and leave nearly everyone without access to attiquite medical care as yes, you can GET preventive treatments, but you are still screwed if you have something like cancer, as Obamacare is medicaid

4) Equality stems from treating everyone equally.  Our Citizens, veterans and senior citizens go without so foreigners, and foreign governments can have OUR TAX Dollars.  While belief is great, the proof is in the pudding, what has he done the last 3 years to bring about equality? Flat tax vs a convoluted tax system with so many loop holes multibillion dollar companies such as GE have no tax liability – Nope. Lowered the deficit by eliminating government waste, cancelling free trade agreements – No.  Give Illegal Aliens jobs, Yes .  Ordered the Assassination of a U.S. Citizen without due process – Yes.  Continued goverment domestic spying on all Americans – Yes   Illegally Used an Executive order to conceal the goverments involvement in illegally selling guns to Mexican Drug cartels which later where used to murder thousands of Mexicans, and dozens of U.S. Citizens and Patrol Officer Brian Terry

6) No child left behind was a Bush Administration initiative that had roots from the Clinton Administration. While its great in theory, whats happened at the classroom level is they have lowered the bar and now teach courses that are easier so that more students have passing grades. Instead of teaching critical thinking skills, students graduate high school who can barely read or write, let alone have enough educational knowledge to operate some of the most mundane of clerical tasks.

7) Its propaganda and class warfar, plain and simple and you believe it. Fair is either a hard set dollar value everyone pays or a hardset percentage everyone pays.  While nearly everyone would agree the percentage would be the way to go, as rich people wouldnt think twice about paying some small arbitrary amount, again you can say you LOVE FREEDOM, but action is louder than words. I LOVE FREEDOM, but it doesn’t meen I would sign a law that detains gives the power of the government to erode the very core our governments principles. He can state he wants equality, again, abolish the IRS, give us a flat percentage tax and let everyone pay a percentage. now everyone rich or poor pays the same amount.

8) In June of 09 the recession was over according to economists. The recession was caused by the vast spending of the Iraq war plus free trade agreements, NAFTA , so on and so forth have made it continually cheaper and economically better to offshore (and in many cases get tax credits) to do so.  You will find that his spending polices and BACK TO WORK programs by printing money the government does not have is just accelerating america to fiscal instability. Soviet Russia tried the same thing as their economy tanked, you know what happened to them, in 8 years as they ramped up governmental works programs, they lost the ESB (Eastern Soviet Block)  and eventually their entire country.

So Dear Idoit, use this wonderful thing called the internet, FACT CHECK your shit before you post poorly hand written multi-colored text that suggests you barely made it out of high school. 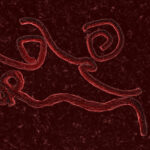