Compton City officials announced that it would run out of money by summer’s end, with $3 million in the bank and more than $5 million in debt. The has a long term  $43-million deficit that the city amassed after years of improperly using money from water, sewer and retirement funds to balance its general fund, a violation of California law.  Compton is legally obligated to pay when it has no reserves and has been frantically cutting costs. 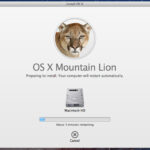