Colombia has decriminalized cocaine and marijuana.  Anyone in their country cannot be jailed for possessing either marijuana or cocaine for personal use.  Personal use is defined as  less 20 grams of marijuana or one gram of cocaine. Anyone caught with under those amounts will not be detained or arrested but could be required to receive treatment. Colombia is moving toward legalizing drug crops. The country’s House of Representatives in May passed the first draft of a bill that would decriminalize growing coca, marijuana and opium plants. Representative Hugo Velasquez Jaramillo stated, “the processing and trafficking of drugs would remain subject to criminal sentencing.”

This is a bold move in the three decade U.S. War on Drugs, which gives Colombia an estimated 862 million annually in foreign aid 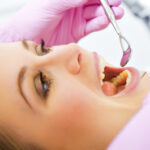