Earlier this week, Charles Garcia wrote an article over at CNN titled “Why ‘illegal immigrant’ is a slur“, its your typical Liberal dogma of fuzzy logic in an attempt to illicit the reader into the belief that playing word games and calling something other than what it is, will make life that much better for everyone.   Well, We are calling you out Charles, not just for writing yet another politically slanted bit of literary garbage to further push your company and help twist the voniacual use of the world Illegal Immigrant. If you enter a country without proper and lawful means, its a crime, it does not matter if its the United States or North Korea,  illegally entry into any country is a crime.  While most countries around the world arrest illegal immigrants, the United States all but snuggles them in a sea of public entitlement programs all because a few special interest groups would dare call someone a racist.

We are not going to idolly stand by and watch as bleeding heart liberals further attempt to push a socialist agenda down our throats. If you are in the United States, unlawfully, You’re an Illegal Immigrant (alien). We could even take it up a notch and say, Felon, or Alien Criminal, a blight on American Society, A resource drain, or how about a Parasitic Foreign National?  You are not the only person who can play word games, but for sake of sanity, we will keep it simple, Illegal Alien is about the most common and appropriate term for anyone in a country illegally.

Oh but Its racist…

Illegal Aliens come from all countries, all walks of life, its unfortunate that a disproportional amount of them are here from Latin America and Canada due to America having this weird thing scientists call the North American continent which happens to connect to the South American Continent, but they are and thats just the way things happen to be.

Its not cruel, unfair, or unjust or racist for any American to feel as though they should be put above those that happen to break our countries laws, including the ones you may not agree with, such as illegal Immigration.  Illegal Immigrants are in a violation of litany of State and Federal Laws, and they instantly become felons the moment they take a job, ANY JOB in the United States

Oh but we should help them!

America is in one of the worst recessions in U.S. history. Illegal Aliens cost the United States nearly half a trillion dollars a year, not to mention the cost of human life leaves every American victim either directly, or indirectly at the hands of illegal immigrants.  Illegal immigrants further illegitimatize those that have taken the time and the steps to become naturalized citizens.

They take away resources from every American, their presence drains our resources and takes away money and services that would be best served helping our own citizens out.   Its beyond disgusting, its actually an injustice to expect that We should not only entertain the notion, but we should have to put up with our leaders doing nothing to stop the tide of criminals into this country.  Worse yet, Congress has blatantly chosen to ignore the fact that The Obama Administration has violated U.S. law and has selectively chosen which laws to enforce and which ones to ignore. 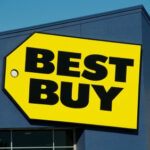