CNN evening journalist, Anderson Cooper came out in an email to the Daily Beast, that he is gay. After decades of “blending in” suddenly the journalist has decided to come out of the closet, but maybe not for the reasons of pushing a social agenda, or for the intrinsic value of not living a lie.

Perhaps Anderson’s big email was nothing more than a rating stunt,  as  Anderson Coopers big coming out comes as a 20 year low for the prime time show

The fact is, I’m gay, always have been, always will be, and I couldn’t be any more happy, comfortable with myself and proud,” he wrote in the letter, published by Andrew Sullivan of the Daily Beast.

He said that in a perfect world, it wouldn’t be anyone’s business, but that there is value in “standing up and being counted.”

“I still consider myself a reserved person and I hope this doesn’t mean an end to a small amount of personal space,” he wrote. “But I do think visibility is important, more important than preserving my reporter’s shield of privacy.”

Perhaps its the Nelson ratings in which he wishes to be counted.  According to this report, CNN  ratings are the lowest its been in since March of 1997. 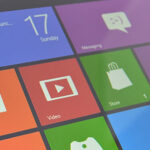