Don Grady, the actor who played the older brother “Robbie” on the sit-com, My Three Sons, was found dead in his home in Thousand Oaks California. Don Grady was 68

He is survived by his wife, Ginny, his two children, Joey and Tessa, his mother, and another sister, Marilou Reichel.

Don Grady, who sang and danced as a Mouseketeer on “The Mickey Mouse Club,” played son Robbie on the long-running family sitcom “My Three Sons,” and later became a composer and songwriter, died Wednesday. He was 68. Grady died at his home in Thousand Oaks after a four-year battle with cancer 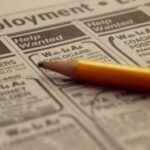