Gonorrhoea is  caused by the bacterium “Neisseria gonorrhoeae.” It is the second most common sexually transmitted infection. It is most prevalent among 16 to 24-year olds.

The bacteria can only live inside the human body, typically in the vagina, cervix, urethra, rectum, throat and eyes. 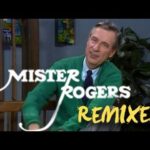