NAFTA, or the North American Free Trade Agreement was signed under President Bush (Sr) back in December of 1992.  This was primarily a serimonal agreement as it took the continued support of President Clinton to finalize and sign the agreement Image now if the President and Congress decided that Michigan, in desperate economic need and rampant  unemployment decided to allow Michigan from all of the following

It would make companies in Michigan be able to produce, distribute and sell goods and services at fraction of the costs of other states. Imagine how upset the rest of the country would be at such a bold and unfair action by the President and Congress. However, that is exactly what NAFTA allows for Canada and Mexico.

Why would any company produce goods in the U.S. when they can do it in Mexico at a fraction of the cost with higher profits?  Thats exactly what has happened with American Manufacturing jobs, they have moved to Mexico.

Examples of how NATFA and other Free Trade Agreements effect are everywhere and nearly on every product you can find in the United States.   The American Automobile Manufacturing, once the envy of the world  as it provided the Nation with nearly 20 million manufacturing and Manufacturing related jobs has all but crumbled, with Chrysler and GM having solid their U.S. stakes and now are Foreign owned and controlled, and many Ford models are made in “Mexico”

Another example of jobs lost due to Free Trade is the American Textile Industry. Back in the 80’s the south was filled with cotton producing farms and you could not go more than 30 miles without inadvertently crossing a textile processing center.  Popular Blue jean brand, Levis where made in one of the tragic victims of Free trade. Starting in 1990, they started closing down American manufacturing starting with their San Antonio manufacturing center where 1100 employees lost their jobs. Levis, by the late 90’s was driven all but to bankruptcy while the once profitable cotton and textile industry dried up in the United States as cheaper goods from other countries with no regulation poured in from other countries that did employ child labor and slave labor in some cases. 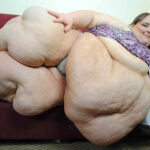