If you use any of the following words online, or in a call, Big Brother will watch you.  The Department of Homeland Security was forced under the

Freedom of Information Act to comply with a request to release the 2011 Analysts Desktop Binder, used by workers to police and monitor the internet. Department chiefs were forced to release the manual following a House hearing over documents obtained through a Freedom of Information Act lawsuit which revealed how The Department of Homeland Security monitors social networks and media organisations for comments that “reflect adversely” on the government. 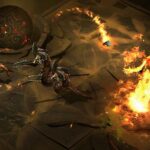