Emanuela Orlandi is believed to have been abducted after a private music lesson in Rome on June 22, 1983.  Italian priest Gabriel Amorth said that girls where routinely kidnapped for parties at the Vatican and that the death of 15-year-old Emanuella Orlandi, “was a crime of sexual motive” A Catholic priest has claimed a missing schoolgirl was kidnapped for Vatican sex parties and has implicated diplomatic staff and members of the Holy See.

Gabriel Amorth came forward last week as investigators exhumed the grave of a known Italian Mafia member Enrico De Pedis , on an anonymous tip that Emanuala’s remains would be found.

Police officials where shocked to find that the tomb of Enrico De Pedis contained the remains of a young woman. So far, investigators have not stated if the remains have been positively identified as Emanuella Orlandi 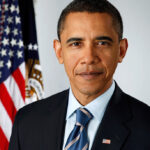