A jury Wednesday found Edwin Ramos guilty of three counts of First Degree Murder for the the fatal shooting of a father and his two sons in 2008.  Ramos a gang member, killed  Anthony Bologna, 48, and his sons Michael, 20, and Matthew, 16, on June 22, 2008, near Congdon and Maynard streets . Ramos was found guilty with one additional count of attempted murder  as Andrew Bologna was in the car but was not harmed in the barrage of gun fire that riddled the bodies of his two brothers and father.

Andrew later testified in the trial hat he saw Edwin Ramos fatally shoot his father and brothers. The driver of the car, Wilfredo Reyes still remains at large.

Edwin Ramos, an illegal alien was drawn to San Francisco as it is a Sanctuary City. San Francisco like many Sanctuary cities across America violent crime has sky-rocketed as the illegal immigrant populations continue to grow.
View Larger Map 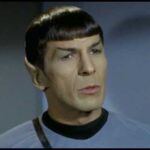