The illegal alien whom was using the identity of a murder victim for the last twenty years.  Bomo Olumuyiwa Oyewolve, a Nigerian was arrested Monday, May 21st at his residence in Elizabeth, New Jersey.

Bomo had been using the alias of Jerry Thomas, an unsolved murder dating back to 1992. While no evidence has been found to link Bomo Olumuyiwa Oyewolve to the 1992 murder victim, officals are investigating the matter further. 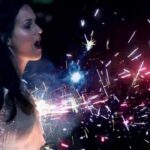