The incident happened around 8PM Saturday night outside of  Queen Ann Bar.  Officers responded to a call from bar staff where the woman reportedly started stripping off her top, replacing portions of her outfit with hot pink duct tape. The Bar tender asked the woman to leave the bar, when she reportedly shoved the bar tender then proceeded to leave the bar.

When officers arrived on scene the woman was waiting outside the establishment, and appeared to be intoxicated.  Officers handcuffed the woman and proceeded to place the woman in the back of a patrol car. The woman proceeded to kick the three responding officers.

Officers subdued the woman after sustaining injuries. The woman was transported to Harborview Medical Center where after receiving medical treatment was remanded to King County Jail on charges of Assault. 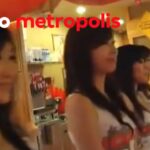