New York, NY – A melee involving swords, cricket bats, an iron pipe, an anti-vehicle theft device, has landed 7 people to be arrested for assault and rioting.

Police Officials say several members interrupted a prayer service at the Baba Makhan Shah Lubana Sikh center in Queens on Sunday evening. What happened next was described by one witness as “it was just like out of the Quest for the Holy Grail or Mad Max. Peeps where pulling out all kinds of weapons” 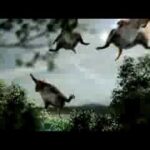