The 43-year-old morbidly obese man from Bellaire, Ohio, was discovered unconscious on Sunday by his girlfriend. The man was fused to his chair, that he had been stuck in for over two years.

Emergency personnel had to pry him free, as his skin was stuck to the recliner with urine, feces and maggots.

A section of the houses wall was removed in order move the unidentified man.

The man was transported to the Bellmount Community Hospital, where he died a short time later. 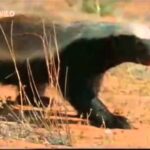