A Lakewood Colorado second grader was allegedly so disruptive in class and a danger to himself and others, police said, they were “forced” to use pepper spray on him.


Colorado police said the boy was throwing a violent temper tantrum in an elementary school classroom. The report says he was climbing desks and waving around a pointed stick.

Police said they directed him to drop the stick. They sprayed him when he didn’t comply.

“Our officers had to do something to diffuse the situation in a hurry before somebody got hurt,” said Steve Davis of Lakewood Police.

Editorial Commentary
Really, what adult can not kick the ass of an 8 year old? Oh no, he has a stick! Then the police have to pepper spray him? WTF!

Clearly this is an abuse of power by the police department and a lack of any kind of common sense on behalf of the Lakewood Elementry school staff. 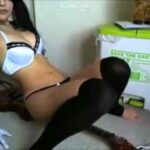