Accused of remotely turning on webcams on its student’s laptops inappropriately.  District IT personnel enabled the webcams 42 times in total, capturing pictures every 15 seconds.

Over 400 images were retrieved of a single sophomore student and there are thousands more of other students. There is mounting evidence the webcams where enabled even when laptops were not reported stolen. In once instance a student failed to pay the school’s hardware insurance premiums.

The Merion School District is not standing behind its two IT employees who had access to enable this remote viewing. Technology Coordinator Carol Cafiero and Technician Michael Perbix where both questioned and appear to be persons of interest in the case. In a deposition Carol Cafiero refused to answer any questions, citing her Fifth Amendment rights.  An alleged e-mail exchange between Michael Perbix and Carol Cafiero referred to the pictures as “a little LMSD soap opera” 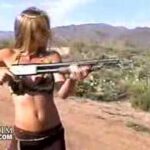