The finical losses reported by organizations such as the Business Software Alliance (BSA) and the Motion Picture Association of America (MPAA) , The Recording Industry Association of America (RIAA)The claim is being lost due to piracy and copyright infringement according to this pdf by the U.S. Governments Accounting Office (GAO)

The GAO examined the BSA and MPAA assuming that there’s a one-to-one correspondence between piracy and lost sales. In contrast to that assumption, the GAO cited a study of US college students which discovered that “every five music downloads substitute [for] one legitimate purchase,” that “some of the music that was downloaded would never have been purchased as an album,” and that “downloading illegal music can have a positive effect on total consumer welfare.” 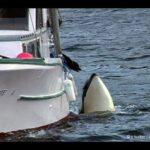