A US federal appeals court has ruled that the FCC doesn’t have the authority to force broadband providers to treat all internet traffic equally, and that blocking or slowing certain services, such as  BitTorrrent . The ruling basicly says the FCC that it has no authority to regulate the activities of internet service providers, just as the agency prepares to launch a nationwide broadband agenda.

After Comcast’s blocking [of BitTorrent] was exposed, the F.C.C. told Comcast to stop discriminating against BitTorrent traffic and in 2008 issued broader rules for the industry regarding “net neutrality,” the principle that all Internet content should be treated equally by network providers. Comcast challenged the F.C.C.’s authority to issue such rules and argued that its throttling of BitTorrent was necessary to ensure that a few customers did not unfairly hog the capacity of the network, slowing down Internet access for all of its customers.

But Tuesday’s court ruling has far larger implications than just the Comcast case. The ruling would allow Comcast and other Internet service providers to restrict consumers’ ability to access certain kinds of Internet content, such as video sites like Hulu.com or Google’s YouTube service, or charge certain heavy users of their networks more money for access. Google, Microsoft and other big producers of Web content have argued that such controls or pricing policies would thwart innovation and customer choice.

A broadband company could, for instance, ink a deal with Microsoft to transfer all attempts to reach Google.com to Bing.com. The only recourse a user would have, under the ruling, would be to switch to a different provider — assuming, of course, they had an alternative to switch to.

Companies can also now prohibit you from using a wireless router you bought at the store, forcing you to use one they rent out just as they do with cable boxes. They could also decide to charge you a fee every time you upgrade your computer, or even block you from using certain models, just as the nation’s mobile phone carriers do today. 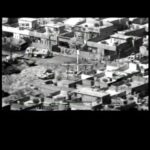